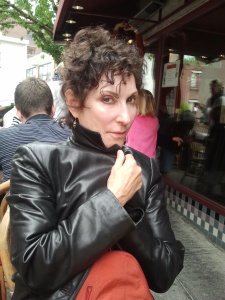 Carine Topal, a transplanted New Yorker, lives in the Southern California desert. Her work has appeared in numerous journals and anthologies such as The Best of the Prose Poem, Scrivener Creative Review, Caliban, Greensboro Review, Iron Horse Literary Review, and many others.  She was nominated for a Pushcart Prize in 2004, was awarded residency at Hedgebrook, and a fellowship to study in St. Petersburg, Russia in 2005. She won the 2007 Robert G. Cohn Prose Poetry Award from California Arts and Letters, from which a special edition chapbook, “Bed of Want,” was published. Her 3rd collection of poetry, “In the Heaven of Never Before,” was published in December, 2008, by Moon Tide Press.  In the same year she was honored with the Excellence in Arts Award from the City of Torrance, California. In 2015 Carine won the Briar Cliff Review Poetry Contest, was nominated for a Pushcart Prize, and her new poetry collection, Tattooed, won the Palettes and Quills 4th Biennial Chapbook Contest. She teaches poetry and memoir in the Palm Springs and Los Angeles areas.