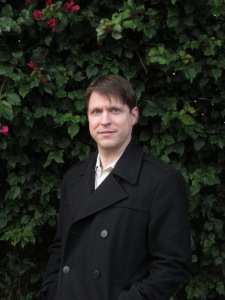 Michael Miller is the cofounder of Moon Tide Press and the author of College Town (Tebot Bach, 2010) and The First Thing Mastered (Tebot Bach, 2013). A longtime journalist, he has written for the Los Angeles Times and other publications and won a 2014 Orange County Press Club award for his story on poets Lee Mallory and Charles Bukowski. He has served as a judge for Poetry Out Loud and the San Diego Book Awards, and his work has appeared in San Pedro River Review, Rockhurst Review, Lummox, Pea River Journal, Connotation Press and elsewhere. His third book, Angels in Seven, is forthcoming from Tebot Bach.