We’re at a new location at Fox Coffeehouse in Long Beach! This place is as warm and friendly as can be. They have the most amazing coffee and pastries, and they specialize in vegan fare!

This month’s poetry features, Chad Sweeney and Keayva Mitchell, are both known for their quirky charm and irreplaceable individuality. Both will trek from near and far to bring poetry straight down into your hearts. Join us at Fox Coffeehouse on Monday, November 9th, at 7 pm for an evening of poetry and coffee. Or tea. Maybe those killer chocolate chip cookies, too.  Open reading sign ups start at 6:45, still hosted by G. Murray Thomas and Sarah Thursday. 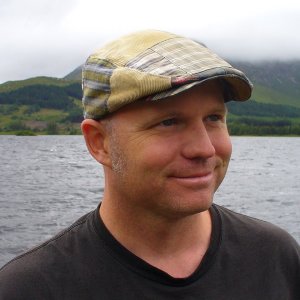 Chad Sweeney is a poet and translator. He is the author of four books of poetry, Parable of Hide and Seek (Alice James, 2010), Wolf’s Milk: Lost Poems of Juan Sweeney (Forklift, 2012, bilingual English/Spanish), Arranging the Blaze (Anhinga, 2009), and An Architecture (BlazeVox, 2007). He is the translator (from the Persian, with Mojdeh Marashi) ofThe Selected Poems of H.E. Sayeh:The Art of Stepping Through Time (White Pine, 2011). Sweeney edited the anthology Days I Moved Through Ordinary Sounds: the Teachers of WritersCorps in Poetry and Prose (CityLights, 2009) and is the editor of Ghost Town, the print and on-line journal of contemporary poetry at CSUSB. Chad’s poems have appeared in Best American Poetry 2008, The Pushcart Prize Anthology 2012, American Poetry Review, Black Warrior, New American Writing, Colorado Review, Denver Qtly, Verse, Volt, Barrow Street and The Writers Almanac. He holds a PhD in English from Western Michigan University and an MFA in Creative Writing from San Francisco State University. He teaches poetry in the MFA program at California State University, San Bernardino, and lives in Redlands, California with his wife, poet Jennifer K. Sweeney, and their son Liam.

Keayva Mitchell is a twenty-something year old currently living in a shady part of Long Beach. Depending on what day you ask, she hails from Los Angeles, Florida, New York summers, or Hogwarts. Keayva has slowly and awkwardly imbedded herself in the Long Beach poetry/music/art scene and has no plans to leave it any time soon. Talk to her about music, astrophysics, reincarnation, or pie and she’ll be your best friend. She’s been published in Cadence Collective: Year Two Anthology, Like a Girl: The Pre-Show!, Like a Girl: Perspectives on Feminine Identity, and Wherewithal Lit, and writes a monthly blog for The Poetry Lab. She thinks you’re cool.