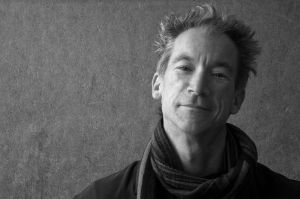 Since the opening of his 2009 Art Unexpected exhibition, Mick Victor’s work in photography is gaining an important following not only in Southern California but in cities as far away as London where a recent portrait work of his was chosen to represent the “Song of Luthien” performance tour with film composer Rodney Newton. As the signature photographer for General Electric, his commercial images are featured in the US, Canada, and throughout Western Europe. He was the recipient of an “America’s 50 Emerging Artists” award in 2012.

Equally recognized for his black and white portraits as well as the continuing Art Unexpected series, his work has been shown in several solo gallery shows since 2010. Currently, five major portraits of his are at the Museum of Latin American Art in the TRANSFORMATIONS Exhibit that opened in December 2014 and extended to August 2015.

In the spring of 2015 my daughter Amanda and I headed out for a 5 day road trip in Northern California. Driving around Winters, California we found a working blacksmith shop and despite the 103 degree afternoon temperatures, took our cameras out of the car and started shooting the well worn building surfaces. Days later, returning back to the studio, I chose 2 similar photographs as basic canvases on which I could build other works, but disciplined myself before I began each new piece, to re-imagine the initial shots as a completely different visual environment.