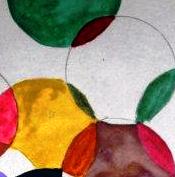 For Kevin Lee
His beard rivals that of only the Dos Equis guy,
so much that the two beards fought for exclusive
rights to Long Beach. I need not say who won.

When he walks down Broadway, everyone is attracted
to him, gay, straight, lesbian…me.

He attends the lamest parties that play Britney Spears
and instantly turns them into week-long ragers
that the entire police department raids, just to get into.

Snoop Dogg asked him to write all of his lyrics, all of them.
So did Sublime.

He put out a warehouse fire with his beard, while he saved three
children, a baby, three cats, and a Pomeranian. Water
was not used. He barbequed for 2,000 homeless
over the rubble while rebuilding it with his feet.

When he enters the Reno Room, everyone buys
him a bottle of Jameson. To give thanks he named
his son after it to remind himself of their generosity.

Carnival Cruise Ships wait for departure until
he gives the okay. He always waves goodbye from the docks.

He annually attends the Daisy Street Christmas Parade
just to please his neighbors, who peek out their windows
in hopes of catching a glance at his impeccably fit,
and beautifully tatted body.

He goes to an ugly sweater party, and wins prettiest sweater.
They’re just never ugly enough because his fashion sense
is so keenly ahead of everyone.

The I-pod was only invented because he told Steve Jobs
he wanted his music on one handheld device, the size
of a Pop-Tart, so he designed it and let Steve take credit..

In the newest edition of the King James Bible he is quoted
telling Jesus, “I don’t always host readings, but
when I do, I prefer poetry.”