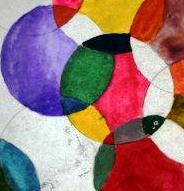 there’s some silence
before she continues speaking
about her school
about how it isn’t right
that underprivileged kids
already at a disadvantage
should be shoved into classrooms
with thirty-four students
how these students
many with parents who speak
little to no english
many with parents
who themselves don’t have
high school diplomas
many who need extra attention
and fewer distractions
must deal with small, cramped spaces
old, used equipment
more time spent managing a classroom
than teaching
taking tests every week
that don’t truly assess their ability to learn
“there’s no equity in American schools” she says
“socio-economics plays too much
of a role in a child’s ability learn
in American schools,” she says
“teachers are becoming jaded
because they feel like their hands
are tied and they have no freedom
to teach kids individually
according their unique learning styles,” she says
“children aren’t standardized,
so tests shouldn’t be standardized,” she says
“the most qualified to teach go into other fields
because teachers aren’t paid enough,” she says
“obviously we don’t value education
as much as we pretend to
or we’d fund it,” she says
“many children are starting school too early
when they aren’t mature enough or ready to learn;
teaching to tests is too academic for most children,
they should be learning through playing,
but there’s no time for children to play
because they’re too busy being taught
how to successfully take a test;
critical thinking is rarely a component
of standardized teaching,
yet it’s probably the most important thing
a child can learn.”

she pauses, a little out of breath,
after her impassioned rant,
and we sit there in silence for a few moments
reflecting