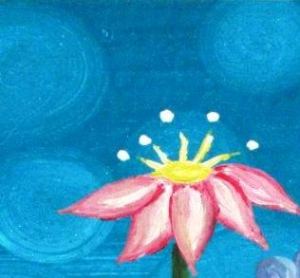 By Marco A. Vasquez

My boy insists on wearing camouflage
all the time, holding a branch for a gun,
kicking up the decorative wood chips
to imagine near-miss explosions
as he’s running, and throwing rotting

lemons like grenades. He’ll play with toy
soldiers on the grass, until his cloaked knees
get caked with mud. He’ll stand them far too close
to necessitate the high-powered
weapons that they forever hold—mimicking

rapid fire with more spit than sound.
While I don’t discourage the creativity
and, really, innocuousness that
accompanies pretend-play, I may worry
if this insistence is prolonged into

high school where his peers will stare as he walks
down a hallway and wonder out loud why
he always dresses that way—mere whispers
to his ears. And, they’ll eventually call
him a weirdo and surround him and push

him for not looking like the jocks. And, he’ll
never get the chance to explain to them
that he’s just clinging to his youth, because
he’ll be forced to retaliate,
the only way he knows how: like a soldier—